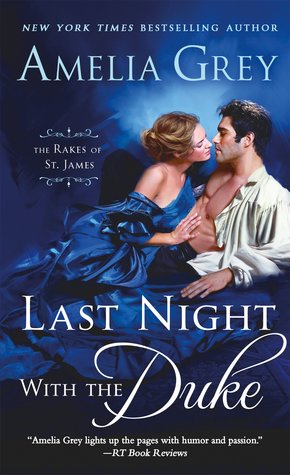 Title: Last Night with the Duke

Series: The Rakes of St. James

“I voluntarily read and reviewed an advanced copy of this book. All thoughts and opinions are my own.”

The Duke of Griffin has never lived down his reputation as one of the Rakes of St. James. Now rumours are swirling that his twin sisters may bear the brunt of his past follies. Hiring a competent chaperone is the only thing Griffin has on his mind–until he meets the lovely and intriguing Miss Esmeralda Swift. In ways he could never have expected, she arouses more than just his curiosity.

Esmeralda Swift considered herself too sensible to ever fall for a scoundrel, but that was before she met the irresistibly seductive Duke of Griffin. His employment offer proves too tempting for her to resist. She can’t afford to be distracted by his devilish charms because the stakes are so high for his sisters’ debut Season. . .unless one of London’s most notorious rakes has had a change of heart and is ready to make Esmeralda his bride? (Goodreads).

“It is my hearty belief that most everyone in Society agrees that it’s Lady Sara and Lady Vera’s misfortune that it’s up to their brother, the Duke of Griffin, to see to it they are suitably wed.”

I absolutely loved the sexy, dirty talking Duke and the independent Esmeralda. But I just wasn’t fond of them together. I’ve been hunkering for a historical romance to read on the train and this was a perfect candidate. The pace was little weird for me though, it alternated between quite fast and really slow and nothing in between. I wasn’t obsessed with the characters or as interested in the story. And I just didn’t feel like the relationships between them were real. I mean the Duke was unconventional but really let’s be real here. But also I felt that the first part of the book set good ground works but then there wasn’t much of a follow through with the second half. It was a very weak attempt and Griffin get’s a little too forceful for no reason at all. It was a cute story.

Me Before You by Jojo Moyes 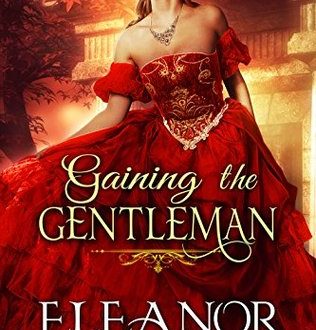 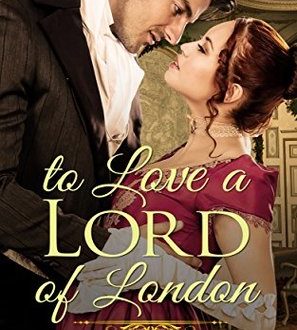 To Love a Lord of London by Eleanor Meyers 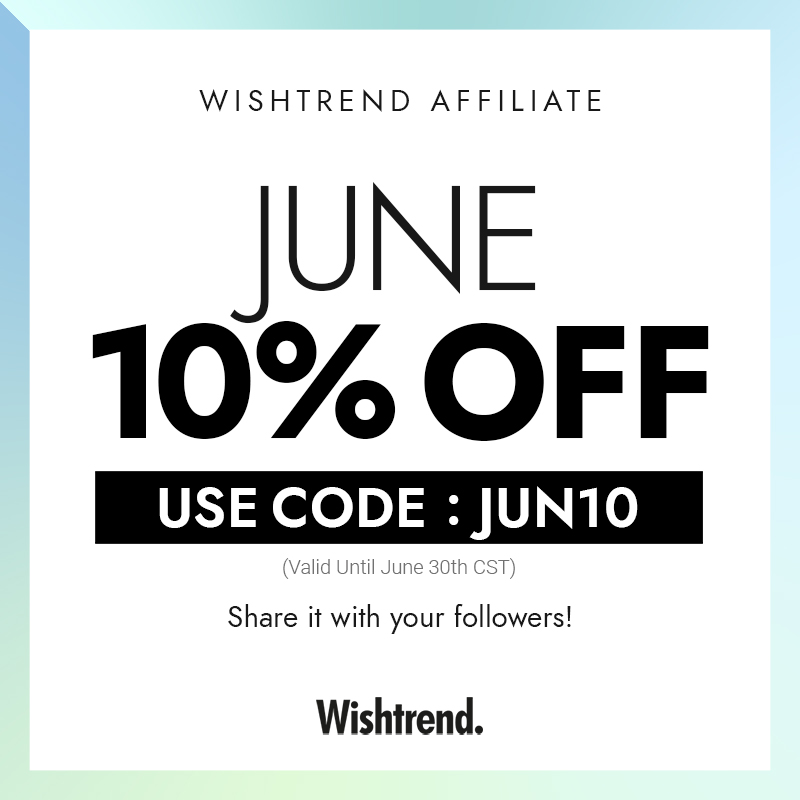